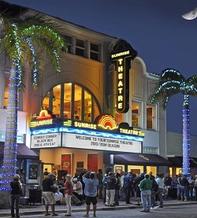 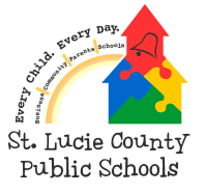 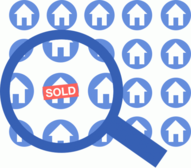 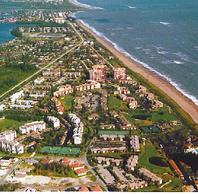 Between 2000 and 2010, St. Lucie County was one of the fastest growing counties in the U.S. With a total population increase of more than 80,000 during that time frame, the demographics and labor force are diversifying into a more knowledge based economy.  As of the 2015 Census Estimate, St. Lucie County is at a population of 298,563.

The City of Fort Pierce, Florida has been the center of St. Lucie County for over 100 years. With a rich, colorful history, the community of Fort Pierce developed along the Indian River in the 1850's as a fort during the Seminole Wars and was named for its commander, Lt. Colonel Pierce. Built in 1883, the P.P. Cobb building, which is still in use today, served as the county's general store and trading post. Water transportation, fishing and canning of fish were key to Fort Pierce’s early economy. Pineapple was once king, but was replaced by citrus. As the city matured, Fort Pierce developed into the economic commercial hub of the Treasure Coast.

As the years passed, Flagler's railroad in the early 1900's brought people to this area and to South Florida. Fort Pierce became a prominent town on the East Coast of Florida. During World War II, Fort Pierce Beach served as a Navy Base. Downtown Fort Pierce has remained constant during the growth and boom periods over the last 100 years. While shopping malls and large retail stores have drawn customers away from downtown retail areas, Fort Pierce has reinvented and revitalized its strongest asset - history, architecture and a diverse community of approximately 38,000 residents. As the oldest city in the area, Fort Pierce continues to play an important role in the development of the Treasure Coast.

Residents and visitors enjoy an attractive historic downtown waterfront, with unique retail shopping, restaurants, marina, galleries and the renovated 1923 Sunrise Theatre for the Performing Arts.  With numerous annual and monthly events, Fort Pierce has something for everyone to experience! At the start of the 21st century, downtown Fort Pierce has the location, the waterfront, and the beautiful streets and historic buildings to become one of the most attractive cities in Florida. Throughout the city's long history, high quality planning and design have been important priorities. The hard work of today's developers and residents adds a contemporary flavor to a town that has endeavored to preserve the best features of its past. There are still many opportunities for future growth, as the city and its residents continue to enjoy a high quality of life.

As more people move north from Miami to find less congested and more attractive opportunities to purchase real estate, Fort Pierce real estate will continue to appreciate in value. This appears obvious when one considers the historical charm of this town combined with all of the amenities, such as beautiful beaches, spectacular marina, convenient ocean access and world-class sport fishing that this town has to offer.

Fort Pierce real estate offers some of the most beautiful waterfront properties in the Florida Sunshine State. From Indian River Estate Homes situated on the beautiful Indian River flats with access to the Intracoastal Waterway, to Oceanfront Homes & Condos on the beautiful Barrier Islands of the Treasure Coast such as Hutchinson Island with spectacular views of the Atlantic ocean, you will not find more scenic waterfront properties in all of Florida. Many of these waterfront homes and oceanfront estates come with private docks equipped with hydraulic lifts for the avid fishermen and boaters.

The Treasure Coast harbors of Sebastian, Fort Pierce, Stuart, and Jupiter all have protected Inlets. Of these inlets, Fort Pierce is the most accommodating for larger vessels with a beautiful NEW state of the art Fort Pierce City Marina with 137 slips.  It is also home to the popular Pelican Yacht Club, one of the most prestigious yacht clubs in South Florida with many more slips available throughout the region. Downtown features an enjoyable dockside restaurant called the Original Tiki Bar and includes numerous other restaurants, bars and Shoppe’s.  Access is within a short walk from the Fort Pierce City Marina.

Known as the Sunrise City, Fort Pierce boasts the best fishing in Florida with convenient access to the Gulf Stream only 12 miles offshore. The Harbor Branch Oceanographic Institute, the unique Underwater Demolition-Seal Museum and the Manatee Center are popular attractions located in the Fort Pierce area. Disney World, Sea World, Nasa Cape Kennedy Space Center & many other attractions in the Orlando area are one and a half hours drive to the north while the West Palm Beach International Airport is a half hour to the south. Miami is one and a half hours drive to the south. Tampa Bay and Busch Gardens Animal Theme Park is about two and a half hours drive northwest of the Treasure Coast. The Florida Everglades National Park is located about two hours to the south.

Directly east of St. Lucie County & the Treasure Coast are the beautiful waters of the Bahamas, only a few hours away by boat and just a hop and a skip by plane. Aside from being a popular tourist destination, the Bahamas provide excellent fishing, particularly for world-class tuna and wahoo in the Gulf Stream which flows north between the Treasure Coast and the Bahama Islands. The Bimini Islands, a famous sport fishing and tourist community only fifty miles east of Miami in the Bahamas, is considered the Game Fish Capital of the World. Key West and the Caribbean Islands are just a short flight from the Treasure Coast. Sport fishermen and charter boat captains of Fort Pierce and Stuart claim that the ocean waters off the treasure coast between Florida and the Bahamas represent "The Sailfish Capital of the World!" More sailfish are caught in this area of South Florida along the Treasure Coast during the winter months than anywhere else in the world. The southern tip of Hutchinson Island, immediately north of the Stuart inlet, is appropriately named Sailfish Point. Aside from providing world-class sport fishing and scuba diving, the South Florida Treasure Coast provides excellent boating and treasure hunting opportunities. The Treasure Coast receives it's nick-name from the Spanish fleets which wrecked in 1715 & 1733 depositing their sunken treasures along the eastern coast of Hutchinson Island. For the recreational divers as well as the commercial divers, treasure hunting is a multi-million dollar industry along the Treasure Coast.

Port St. Lucie, one of the Sunshine State’s fastest growing communities and largest city in St. Lucie County, was founded in 1961. Fifty-six years later, the city now encompasses eighty square miles of beautiful land and navigable waterways. Currently, only half of Port St. Lucie's eighty square miles is developed, leaving lots of opportunity for expansion and growth. The lush greenery along with the Atlantic Ocean to the east and the North Fork of the St. Lucie River, where portions of the James Bond movie Moonraker were filmed (now home to the Port St. Lucie Botanical Gardens), have long attracted fishermen and vacationers alike. These amenities proved to be very attractive to prospective residents as well. In 1961 Port St. Lucie had only 300 residents. Today, more than 180,000+ people live here. As a burgeoning society, Port St. Lucie’s future is bright. Projects such as St. Lucie West and Tradition, master planned communities with residential, commercial, and industrial areas encompasses the western edge of the city in  multi-billion dollar projects which include the PGA Golf Village and the New York Mets Spring home at the First Data Field in St. Lucie West. The stadium is also the home of the St. Lucie Mets, a Class A baseball team associated with the Florida State League. New hotels, motels and a world-renowned family-oriented Club Med are right here in Port St. Lucie.

Educational opportunities also abound in St. Lucie County. St. Lucie County Public Schools excel in education as do the higher education institutions. Indian River State College (rated one of the top in the country), Florida Atlantic University, and Keiser University all have local campuses nearby.

Our real estate agents specialize in St. Lucie County and the Treasure Coast. Whether you are looking for a first home, luxury home or condo, waterfront home or condo, residential or commercial, or even new home construction, we specialize in South Florida Real Estate and we would be delighted to assist you as your real estate agent in order to represent your best interests. Our Office is conveniently located on Sunrise Boulevard in Fort Pierce close to US1.

As South Florida real estate agents, our primary emphasis is locating homes and real estate properties suitable for our buyers. In addition to St. Lucie County and the Treasure Coast, through our Network of Florida Real Estate Agents, we can assist you with locating property anywhere in the Sunshine State from Pensacola to Key West. For your convenience click on the Home Search link above to search a Statewide Database of Florida Real Estate. This information is provided via the MLS (Multiple Listing Service). Once you locate a property which you are interested in, please contact us and we will be delighted to provide you with additional information and arrange for showing you the property.

If you're selling your South Florida home, condo or real estate, we will develop a custom marketing and Internet advertising campaign for your property; ensuring that your property is seen only by qualified prospective buyers. Your South Florida real estate will sell faster with less time wasted. If you are concerned about capital gains taxes resulting from the sale of your property, we can assist you with a 1031 Exchange, which may allow you to defer paying costly capital gains taxes from the sale of your current property in exchange for buying another property of similar or greater value.

For more information, please email us at info@sunrisecityrealty.com or call us at 772.468.7722. 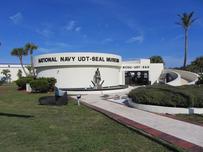 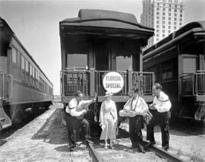 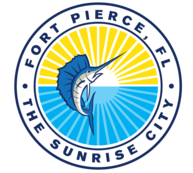 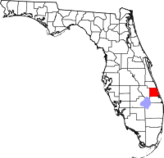 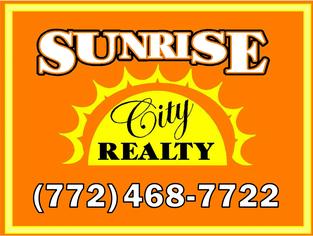 All About st. lucie county 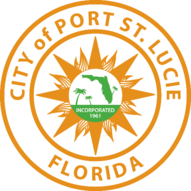 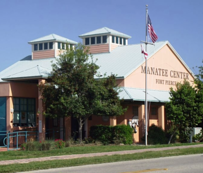